This proposal is to approve the budget for Leagues M4 (October to December 2022) contributors and operations, and a brief outline of the achieved milestones for M3 (more details will be released in the upcoming M3 Performance Report).

In M3, Idle Leagues have been through a deep restructuring designed to navigate the current challenging market conditions. We are at a turning point in Idle DAO evolution. We need to let our operational runway keep pace with DAO spending, and it’s the first goal we want to reach. TVL and DAO fee inflow will be our main metrics for the next mandate. While we’re in hard times, I’m pretty excited to see the coming releases that the teams have been preparing during M3 and will be released in M4.

Plenty of partnerships, product & tokenomics developments, and ecosystem expansion initiatives have been moved forward and completed by Idle Leagues during M3-2022; below is a quick recap.

While there will be a more comprehensive analysis of the performance and metrics for M3 with the upcoming M3 Performance Report, here below a quick overlook of the TVL and fees for Idle DAO: 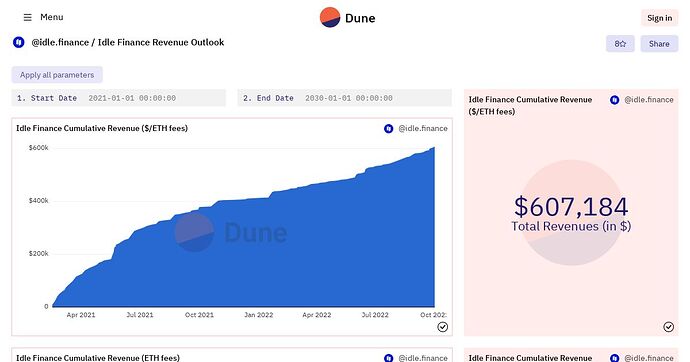 Blockchain ecosystem analytics by and for the community. Explore and share data from Ethereum, xDai, Polygon, Optimism, BSC and Solana for free.

About ~90% of the projected budget for M3 has been used by Leagues.

With IIP-26, the first step of the Best Yield evolution is completed. This integration can provide ~5% APY to the funds rebalanced in Senior PYTs. All completely automated with the BY rebalance mechanism.

During M4, Leagues will take care of maintaining and keep building the synergies between BY and PYTs strategies.

This is getting closer to the vision of an overarching Best Yield: DeFi users would just need to commission these robo-yield-funnels to automatically and non-custodially move their funds to whoever is offering the best rates, offering simplified access to different underlying protocols (overcollateralized/undercollateralized lending, liquid staking, leveraged/folding strategies, options vaults, …) while abstracting the user from the complexity and manual execution.

Leagues have been working hard to complete the dashboard redesign in M3, and now it’s undergoing an internal feedback session to fine-tune it. The new dashboard will be faster and more intuitive to use while improving the available information for strategies/staking/tools.

The design phase was finalized in September, and we’re now into dashboard development. The current release date is set for late October - early November 2022.

PYTs have been accumulating more and more traction during M3, and it will be the bedrock for new yield sources for our Best Yield strategy as well. Thus, the Dev League will be focusing on completing and deploying new PYTs on top of new yield sources during M4, such as:

During M4, we will be building more infrastructural improvements for PYTs (like ERC4626-ready PYTs) and finalize integration with other protocols like

Now that the stkIDLE Gauges integration in Hidden Hand is finally live, the Treasury League will be preparing the ground for new partners to use incentives in order to reward stkIDLE holders for their vote in specific Gauges.

The expected budget for M4 is $22’125 in stablecoin and 80’625 IDLE – current Treasury League multisig holding can cover these expenses, so no IIP is required at the current time.

This post is open for feedback and will be voted via Temperature Check in the next 24-48hrs. If positive, the M4 mandate will be officially approved. 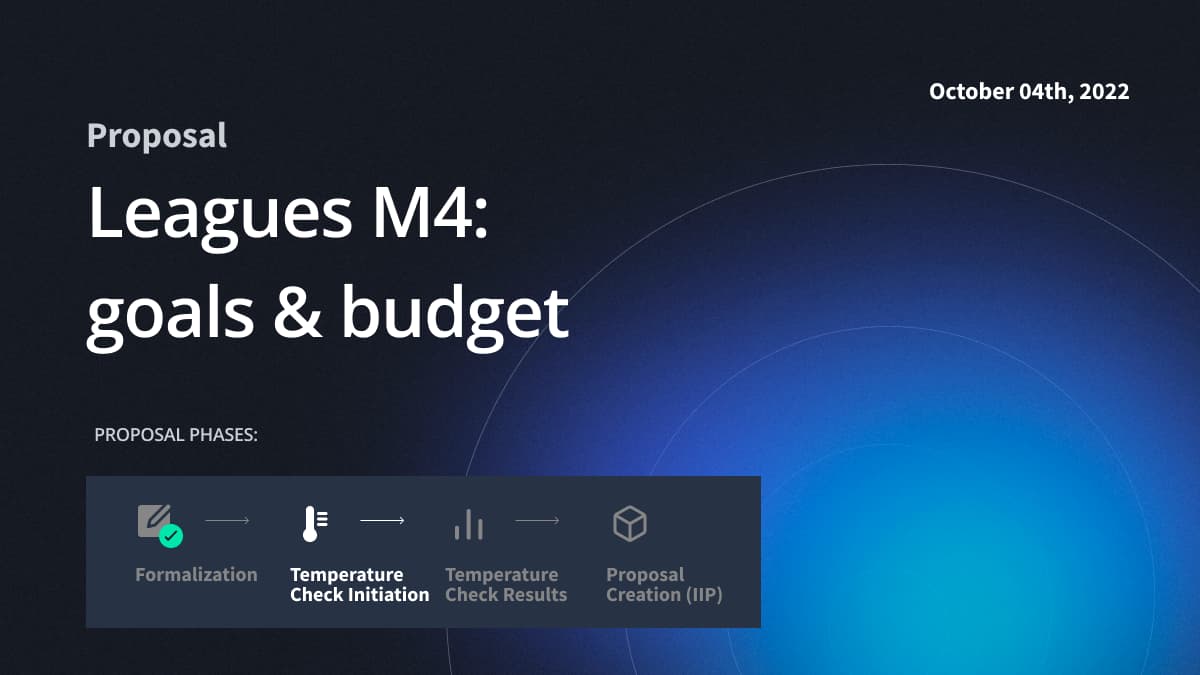 Looking to delegate your vote on Snapshot? Follow the official Snapshot guide. 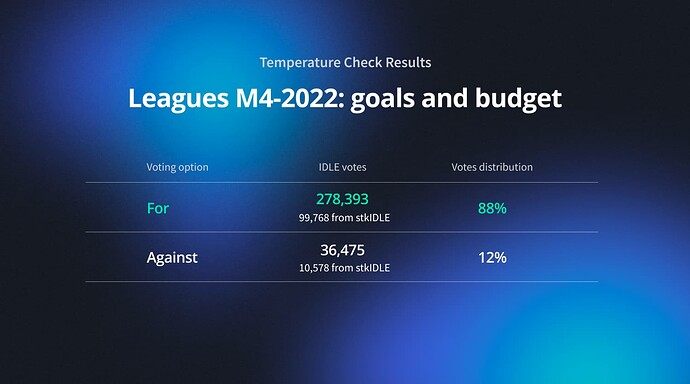 There is no need to transfer any funds to the Leagues multisig, hence we won’t open any IIP.

Let the last mandate of 2022 begin

I have just shared the M3-2022 performance report here

The M3-2022 performance report summarises some key highlights from Mandate 3 for the period July - September 2022: 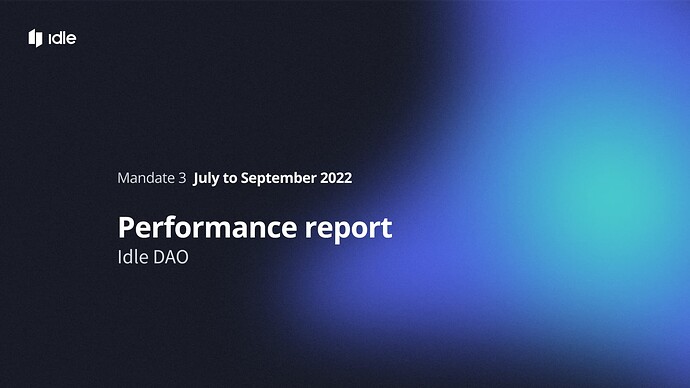