A proposal to update the framework that makes off-chain polls eligible for on-chain vote broadcasting on behalf of stkIDLE holders.

In July 2021, @Davide published the first framework for the stkIDLE votes broadcasting on-chain.

With the launch of $IDLE staking , stakers have no more access to voting features.

To enable the voting option, the governance tokens deposited into the staking contract are delegated to a community multisig. That address can be used to vote on governance proposals based on a Snapshot vote of staking users. The community multisig is located at 0xb08696efcf019a6128ed96067b55dd7d0ab23ce4 […] .

The DAO voted in favour of the first option listed: quorum at 30% and consensus at 70%

Scenario 1: low quorum (30% of stkIDLE) but high consensus (70%+ on the same choice). This option would require a minimum of 21% of stkIDLE voting the same thing. A lower barrier to entry would allow the Governance to easily reach the 520,000 $IDLE quorum on on-chain proposals. Drawback: a tiny group can potentially pivot a large number of votes.

Till today consequently, the stkIDLE were cast on-chain following these conditions:

We also created an official spreadsheet to record the stkIDLE votes metrics.

Recently, IIP-24 hasn’t been executed on-chain also due to the missing stkIDLE votes needed to reach the quorum. This proposal’s failure wasn’t due to poor voting engagement, as a matter of fact almost 700k $IDLE votes were registered in favour of the IIP 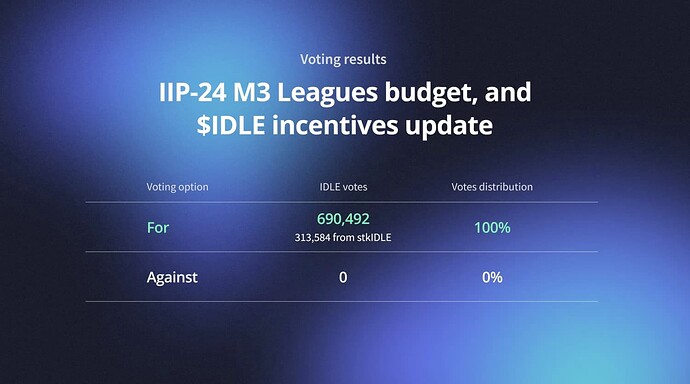 but instead was caused by the missing stkIDLE votes on-chain.

The thresholds to make the off-chain poll valid (i.e. the stkIDLE pool) were:

With this recent vote in mind, we would like to propose a decrease in the quorum threshold:

The 70% consensus condition would stay untouched.

This change should remove a possible barrier to broadcast future stkIDLE votes on-chain while maintaining a good security balance and shielding the governance from malicious votes.

We are going to leave this thread open for comments regarding this change, and in about 48 hours, if there are no objections, we will proceed with the Temperature Check.

Partecipation is not high among stkIDLE holders but most of the votes are still on the same option usually, so I agree with this change. It would be good to have active and visible delegates for both on-chain proposals and for snapshots in a single forum post so anyone can check all various delegates in a single place

Interesting suggestion. I will create a short list of active delegates.

Just posted a summary list of past delegation pitches

This post will be used as a unified board to list all the active delegation pitches and be updated over time to include the new delegation.

If you feel that you can be a reliable delegate for the Idle token holders, this is your time

We are looking for committed contributors who will be active, reliable and impactful delegates for the Idle DAO community aiming at the growth of the Idle ecosystem.

Please share a short description of yourself, why you should act as a delegate and the address that should be delegated. 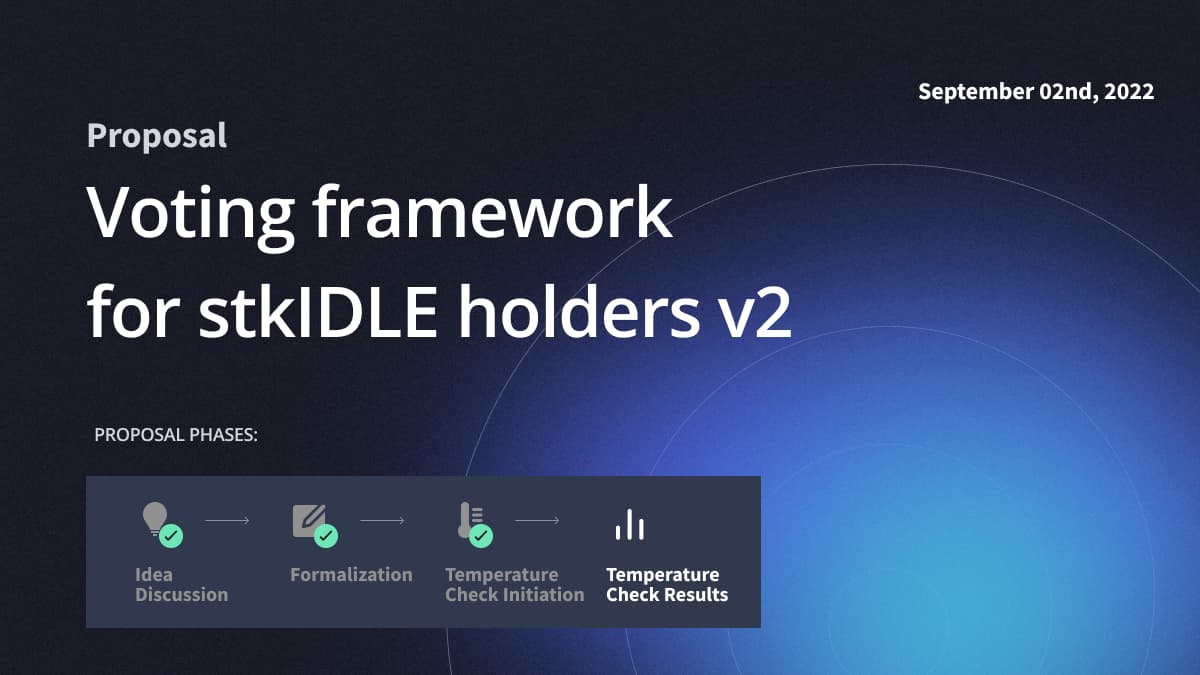 Looking for a voting delegate? Head to our Delegation board.

The proposal to update the Voting framework for stkIDLE holders (v2) has passed. The new quorum threshold will be 20%

Starting today, stkIDLE votes collected off-chain will be cast on-chain if they meet these 2 conditions: 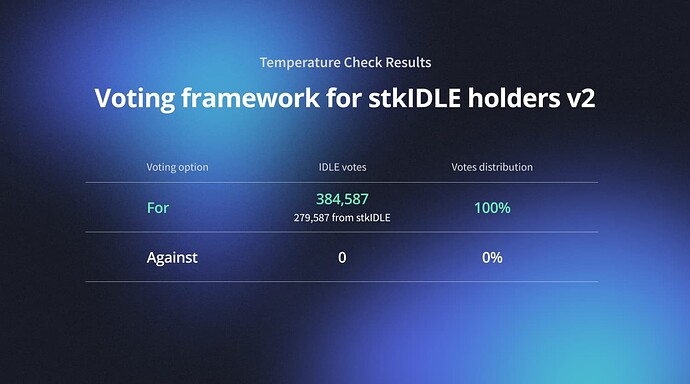